To most people, electric utility substations don’t have much significance. A large, fenced yard full of strange, humming equipment, with high tension wires leading in and out. Some might call them an eyesore. But these unassuming facilities are a foundational element of the infrastructure that keeps lights shining and industry operating.

For the local power utility, the substation is a critical element of the electricity distribution network. It houses the power transformers, switching devices, communication devices, and ancillary equipment that distribute power to the local area. Valuable materials and utility vehicles may be stored on-site.

Given the high and dangerous voltage levels of the equipment in these facilities, every fixed structure must be grounded and connected to each other, indoors and outside. This “ground grid” ensures equipotential throughout the substation and creates a safe working environment for utility workers on-site. In most cases, the grounding material is copper. And that’s where the problems start.

In 2005, the price of copper increased from under $1.50 USD per pound to where it is today: over $4 per pound. Copper is used throughout a substation—it is malleable and an excellent conductor of electricity. Copper is worth a lot of money, and substations contain a lot of copper.

Substations are typically unattended, often remote, and may have poor lighting and only basic security features. Even where cameras are in place, many are unmonitored and simply record the video for later review.

Given the relative ease of breaking into substations, thieves find it a simple matter to cut away at ground straps and other copper cables to steal the copper for sale to a scrap metal dealer. Apart from the risk of being caught stealing, a thief cutting into an energized cable risks immediate death by electrocution. By cutting critical conductors or cables, the thieves may also cause a real-time catastrophic failure within the substation, with significant consequences for the utility and the homes and businesses that rely on the power supply. 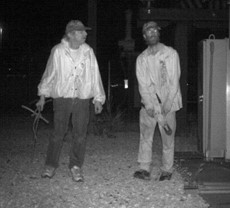 Even where the damage has not caused a failure, once a copper theft is discovered, utility personnel may have to remove the substation from service while conducting repairs.

Depending on what was cut out, the damage can range from simply replacing grounding conductors, to replacing major components such as the power transformer, which can be expensive and take significant time to repair or replace. If a thief is killed, the consequences can also include post-traumatic stress for the utility crews involved in recovering the body.

Regardless of the severity of the damage, all incidents are serious in nature—disrupting operation of the substation, causing safety concerns for utility workers and the public, and tarnishing the reliability and brand of the utility.

Beyond Copper: It’s a Steal

Copper isn’t the only target of theft found at substations: the vehicles and materials stored on site may also be a target for thieves. For example, thieves have recently begun to steal catalytic converters off parked cars and trucks. In the US, the National Insurance Crime Bureau finds that catalytic converter thefts have increased tenfold since 2018, with more than 14,000 converters reported stolen in 2020. The attraction is the valuable metals inside the converter. The price of rhodium, one of the metals used in the converter, has skyrocketed to approximately $28,000 an ounce. Even the small amount of rhodium found inside a typical converter is still worth several hundred dollars. That’s an excellent wage for five minutes’ work with a battery-powered saw.

Along with the vehicles parked at substations, tools and materials (often reels of copper or other items) stored at these facilities provide further attraction to the criminal element. Essentially, a lightly secured and unguarded substation is a smorgasbord of opportunity for thieves.

Theft is a serious problem for substations, but it’s not the only issue that utilities face at these facilities.

It is a common practice in cities to house substations in buildings designed to fit into the neighborhood. The façade reflects the architectural character of the area and, depending on when it was built, may even have historic merit.

Graffiti and vandalism reflect poorly on the asset owner and can significantly damage the utility’s relationship with neighboring businesses and homes, as they impart a sense of lawlessness that depresses property value.

The cost to clean up or repair this vandalism can add thousands of dollars to the utility’s operating budget, ultimately landing on the back of the ratepayers through their monthly bills. 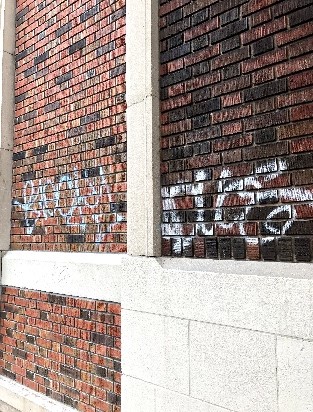 Many utilities have made investments in CCTV systems over the years. Cameras at a facility are a visible security measure that tells passers-by that site monitoring is being taken seriously.

However, most systems simply record events. This is fine if you want to watch a home movie of someone making off with your valuables, and it might assist the prosecution if the thieves are caught, but on its own, an unmonitored camera system is not an effective deterrent to theft. It’s a considerable investment just to record someone stealing material from your substation!

There is an Answer

Fences aren’t enough. Unmonitored cameras aren’t enough. But there’s a reason that substations aren’t built like fortresses and guarded around the clock – it’s just too expensive. What you need is a way to deliver real-time deterrence and response without the cost associated with high security. That’s where SecureAssist can help.

SecureAssist is a video security monitoring service that caters specifically to the critical infrastructure sectors of our society. The SecureAssist service monitors critical infrastructure sites like electric utility substations in real-time, allowing you to react to intrusions as they occur. SecureAssist’s leading-edge machine vision and AI technology monitors camera feeds for certain types of activity. When a suspicious event is detected, industry-trained agents are alerted to provide a real-time response. Unlike traditional motion-activated systems, SecureAssist’s sophisticated image recognition algorithms don’t react to trees blowing in the wind or animals moving near the fence. You get the best of both worlds: affordable security combined with a live person to manage the incident.

SecureAssist takes the approach of “defense- in-depth,” going well beyond monitoring your video feed. We work with the utility on a “deter, detect, and defend” strategy. Our security specialists will analyze your facility’s current state and work with you from the ground up to make your facility secure against today’s threats. Our multi-layered, incremental tactical service brings you peace of mind.

SecureAssist provides four layers of passive and active security to your facility:

Critical to this strategy is having monitoring agents trained, not only in security methods, but in understanding substation components and assets – knowing the difference between a grey box and power transformer, circuit breaker, and other ancillary components. Trained agents with knowledge of the site and equipment can talk to utility personnel and emergency responders. This may lead to utility personnel taking action to prevent damage to the facility and protect the health and safety of unauthorized intruders.

Monitoring and video analytics make it possible to use IP video surveillance as a tool to improve site security, operational efficiency, health and safety, and ultimately, the bottom line. Over time, the utility can also leverage the video data collected to identify operational opportunities, such as animal intruders and patterns, and take mitigating measures.

Implementing SecureAssist couldn’t be easier. If your facility already has security cameras in place, you simply need to move them from passive recording to active monitoring—protecting your assets by making the video streams actionable. SecureAssist’s technology does the heavy lifting of identifying intruders, human or otherwise. And when the alert is raised, trained agents will take action to protect your assets.

If you don’t have cameras in place today, we can easily arrange a quote for adding the necessary equipment to any facility that would benefit from SecureAssist’s protection.

The modern utility faces all kinds of threats to its ability to deliver reliable power to its customers. The threat landscape is expanding, and it all starts at the substation. As a critical asset owner, ask yourself: Do I want to know if someone gains entry, and how comfortable am I with the unauthorized access? Leave your worries to SecureAssist, a holistic service that proactively protects your facility at a cost- effective price.

Contact us for more information and a free demo.

Stay Current in the Industry with Util-Assist Insights

Looking to transform how your utility operates and delivers value to customers? Subscribe to our newsletter and get industry insights and Util-Assist news delivered directly to your inbox.